Top Stories is a SERP feature that usually is prominently displayed in search results and can direct a lot of traffic to sites. The Top Stories carousel was introduced on mobile along with Accelerated Mobile Pages in February 2016. Nowadays the Top Stories boxes are overwhelmingly populated with articles from news or commentary sites. Here are a few examples of how publishers can make use of Top Stories.

There are at least two different kinds of Top Stories carousels. One is typically used for breaking news of some importance, and the other is a more general purpose carousel. The breaking news carousel is taller and has a flexible layout that can accomodate a large thumbnail image or a byline, as shown in this example. 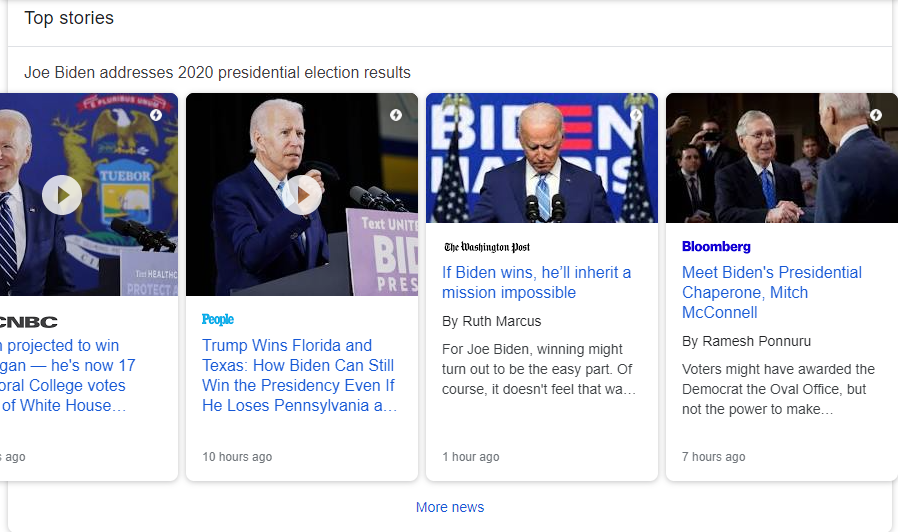 This Top Stories tile is an example of how Google can enhance the tile, in this case by providing a stab at what Google calls "context." More about that later in this article. 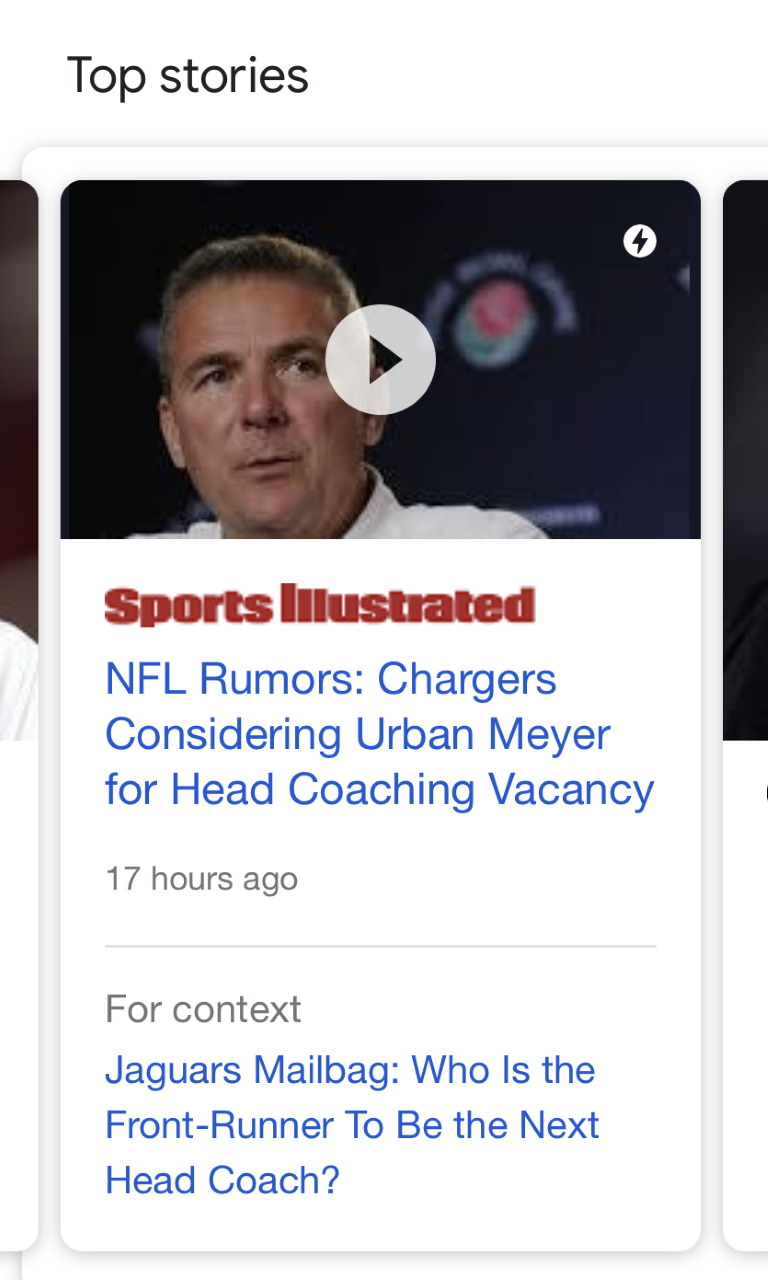 Write About Yourself in Top Stories 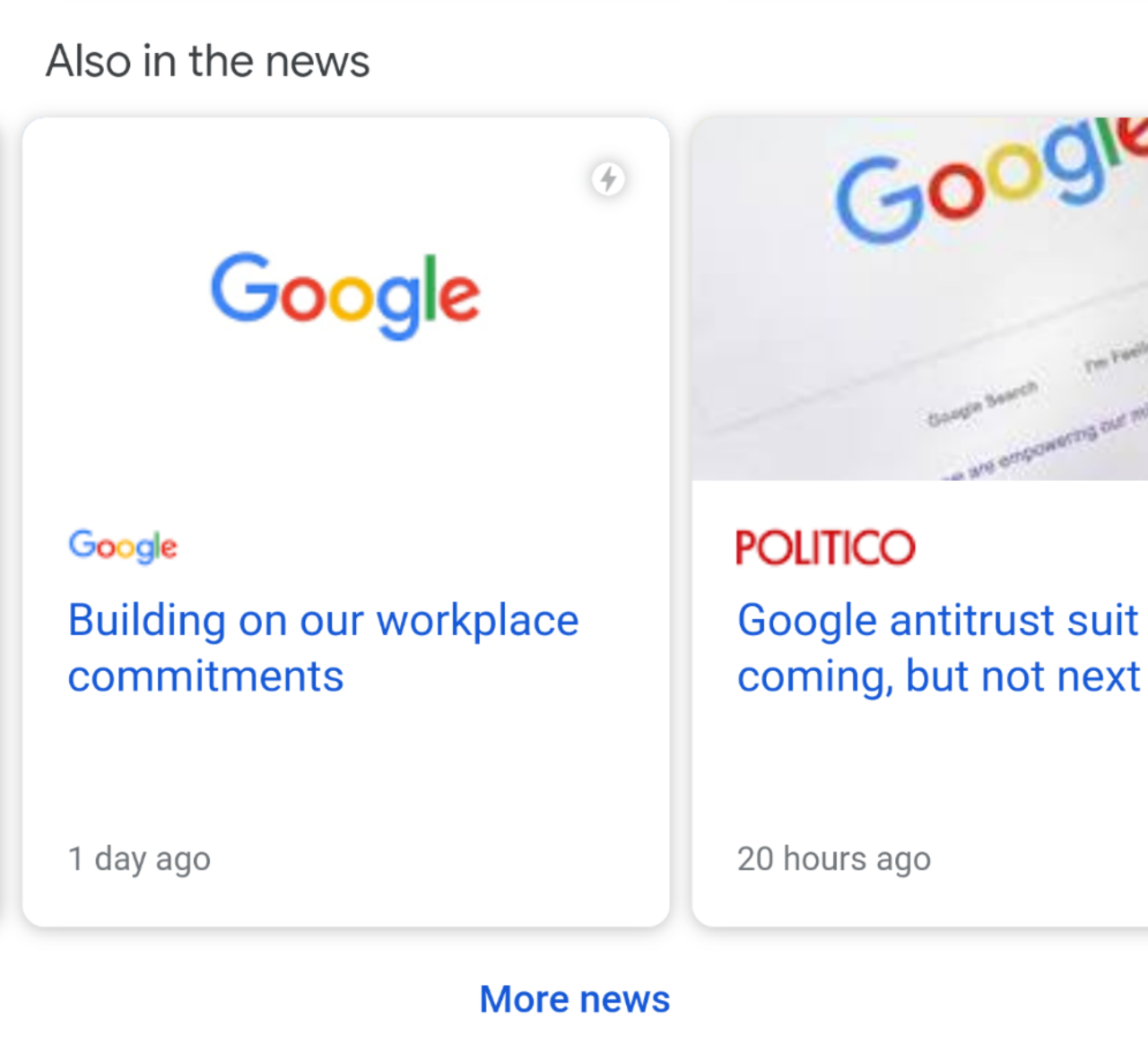 If you are an organization of some size, for some example a publicly traded company, an influential non-profit or a trade interest organization, you may want to consider trying to position yourself to have your posts or articles show up in Top Stories for queries relevant to your organization. The screengrab above shows how Google is showing up in a Top Stories carousel for the query [google]. Who can better or more objectively write about an organization, its goals and activities than the organization itself?

One way to floood a Top Stories carousel is to publish multiple identical articles and relatively quickly redirect them to a consolidating URL. CBS Sports used this technique to great effect in 2018, especially during the 2018 FIFA World Cup. Here's a more recent example where Sun scores three tiles in the same Top Stories carousel using three different articles, two of which redirect to the third.

Here's another example of The Sun publishing multiple articles that redirect to a destination URL. I think the most recent article is the one that the older articles redirect to once it's been published.

Here are screengrabs of a desktop Top Stories presentation (the most recent one) and a screengrab of a mobile Top Stories carousel with the older versions of the article. The screengrabs were taken the same minute and I was a bit surprised they didn't contain the same set of articles. The articles in the mobile tile redirect to the The Sun article shown in the desktop tile. 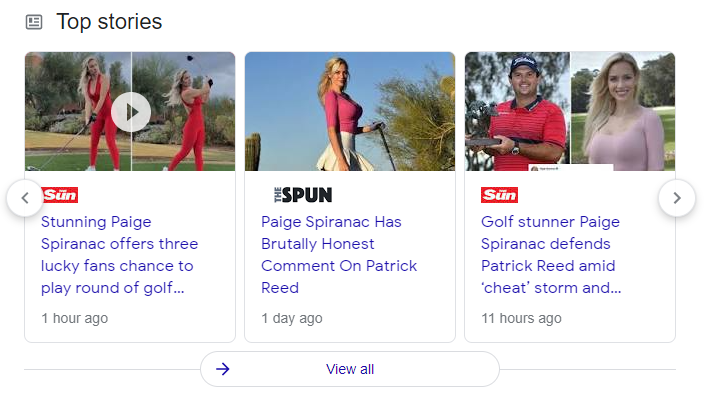 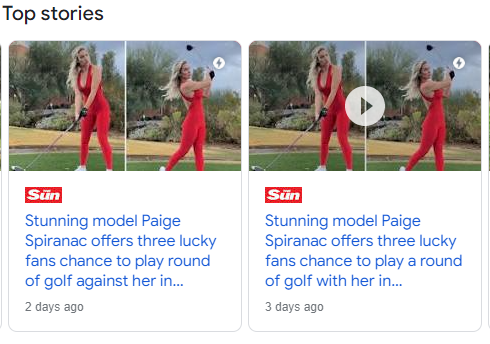 In this case it works like this at the time of writing: 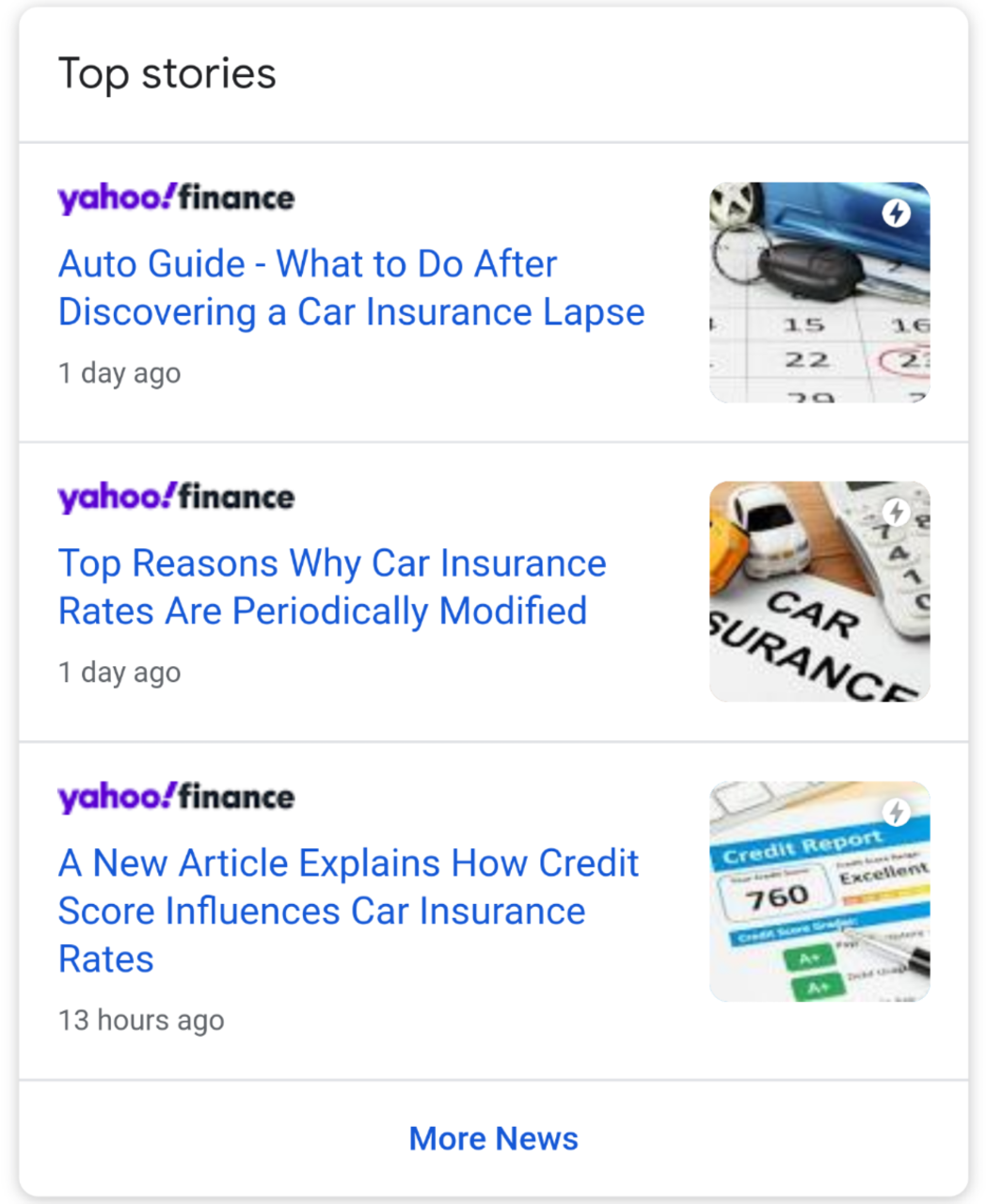 Just because you want your web site's articles to show up in Top Stories packs or carousels doesn't mean they will. It is particlularly difficult if your web site isn't regarded as important or trustworthy (Google uses the words Expertise, Authoritativeness and Trustworthiness to describe certain quality aspects). One way to get around that challenge is to publish press releases on web sites that are seen as important and trustworthy. The image above shows three press releases published on Yahoo that show up in a Top Stories pack for the highly competitive and lucrative query [car insurance].

Here's another example of a press releasing making it into Top Stories as it it were an actual news article. To further increase the confusion, the headline very strongly suggests that it is a news article, but clicking through to the landing page reveals that it isn't one. 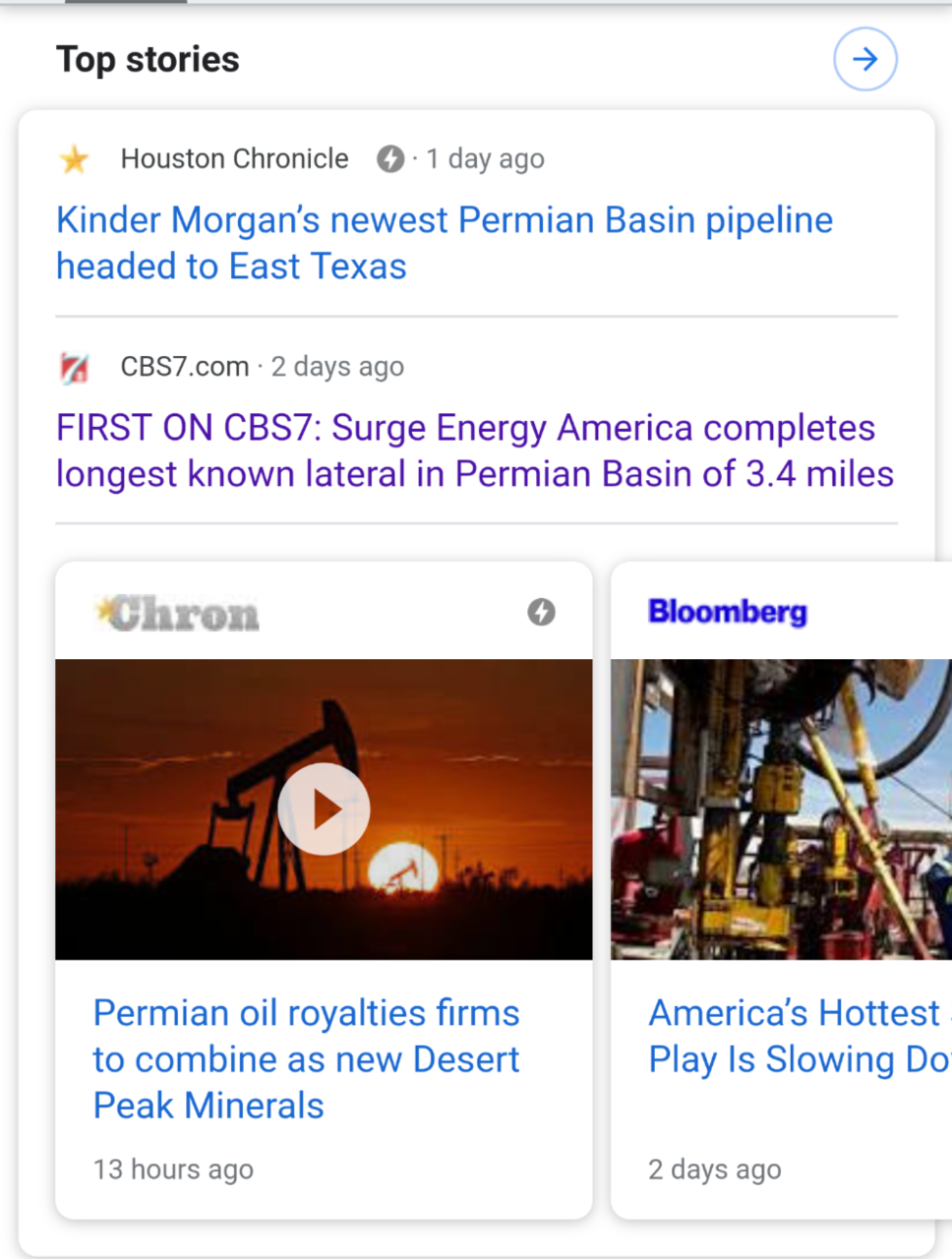 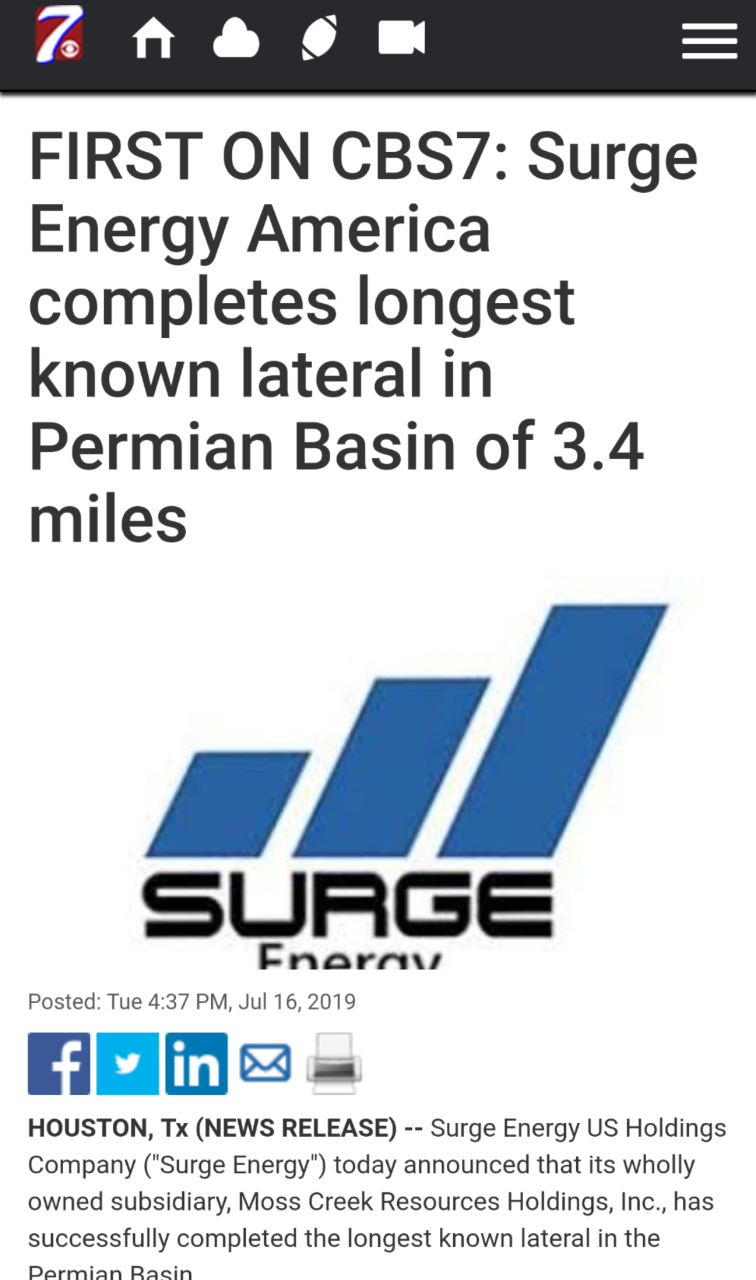 Syndication is a tricky topic in the Google Search eco system. Some fear that syndication will lead to the original publisher of an article being pushed out by more important web sites that republish the article. That is not an unfounded fear, but syndication can bring substantial gains in distribution through Top Stories.

An advantage for lesser known publishers or publishers that may be viewed negatively by a substantial number of readers can use syndication to get a presentation that suggests a more authoritative or less divisive publisher. The example above shows an article from conservative news and opinion site National Review presentend as a generic news source on Yahoo. On the other hand, such publications obviously have readers who would be more likely to click on a branded tile than a generic one. 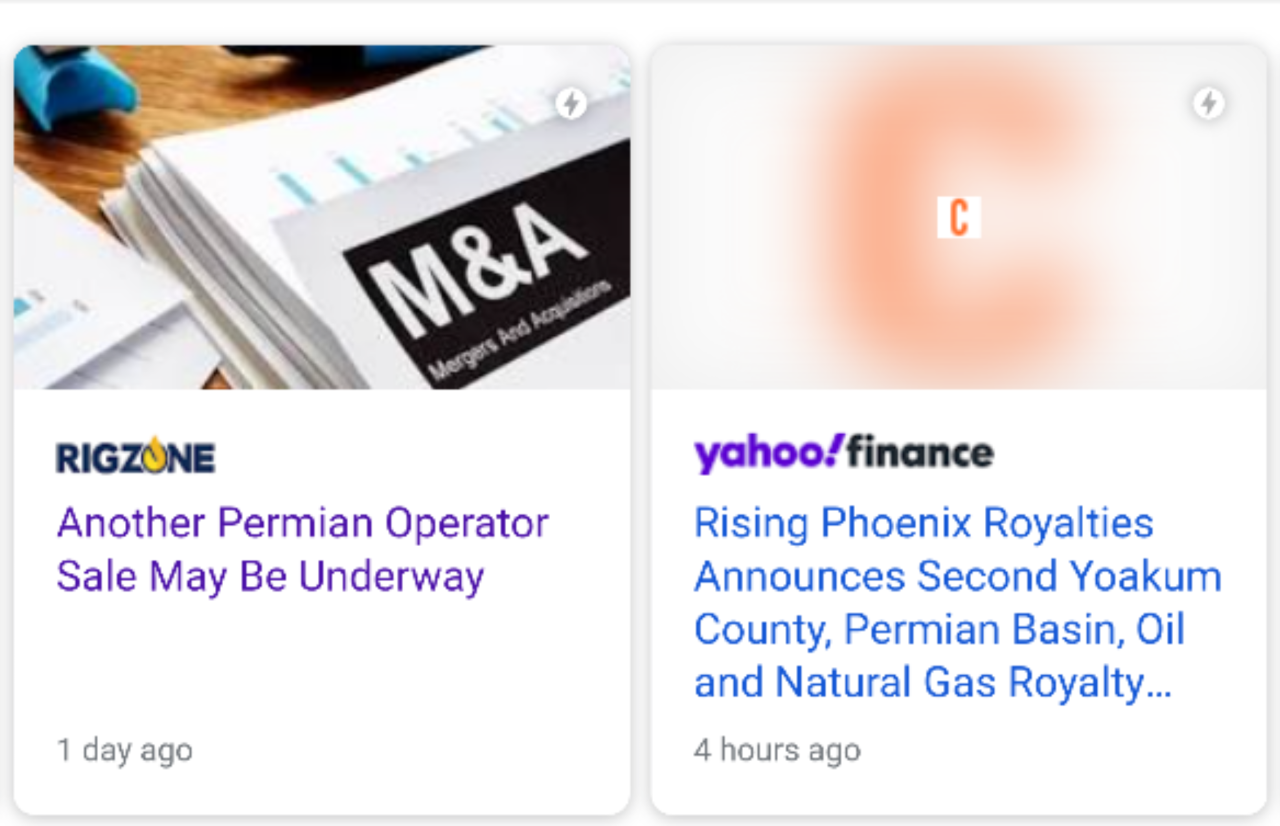 Another benefit of syndication is the potential to flood a Top Stories block. In the following screengrab we see three stories from Bloomberg plus two on Yahoo. Those two are actually Bloomberg articles.

It is not all that unusual for a publisher to land several tiles in the same Top Stories carousel even without syndication, but syndication possibly makes it easier.

Top Stories as an Advertising Opportunity 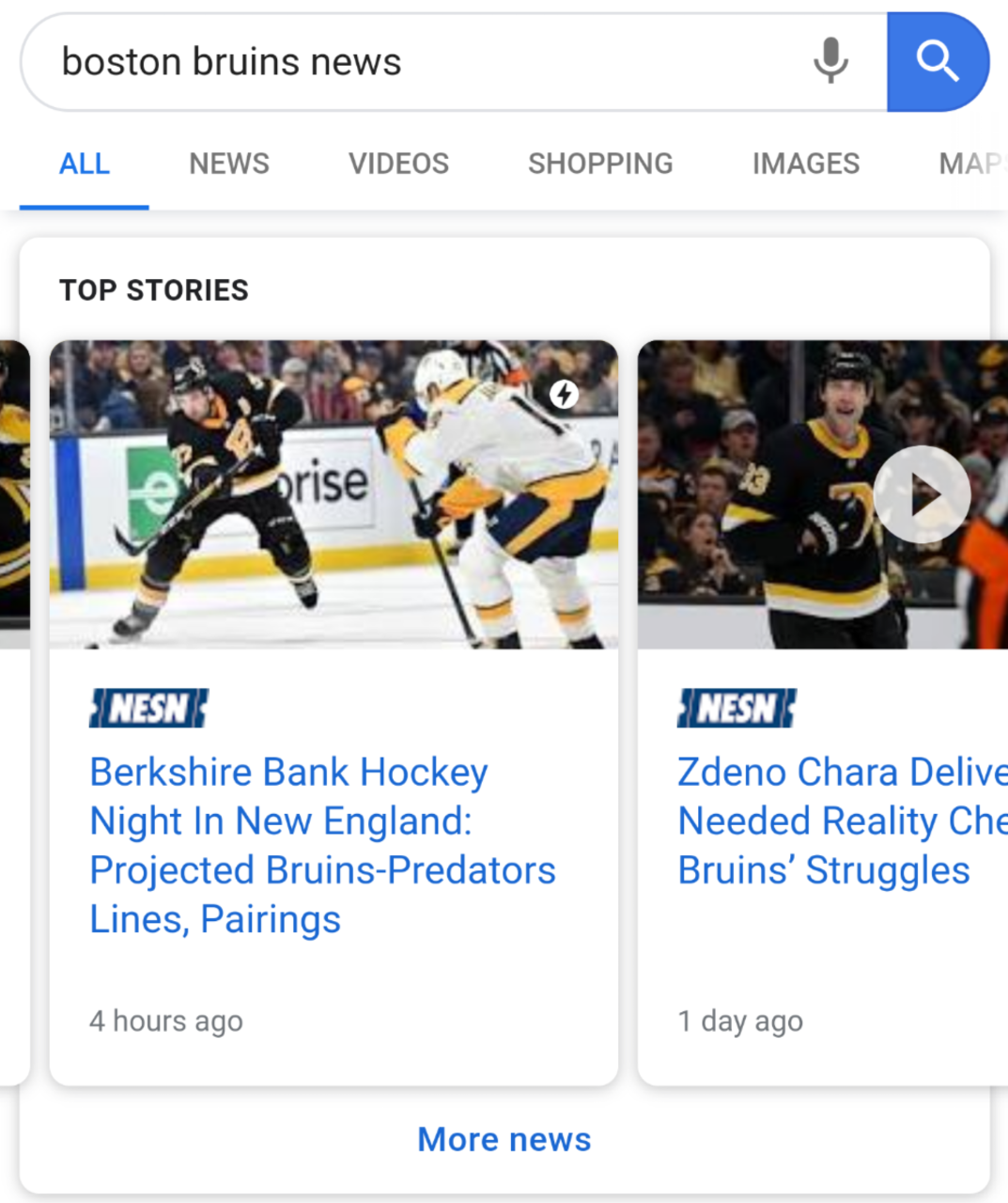 Here's an example of how Top Stories can be used to increase visibility for sponsors and advertisers by including them in headlines that are displayed in Top Stories blocks.

Explainer and in-depth articles can snag a For Context link 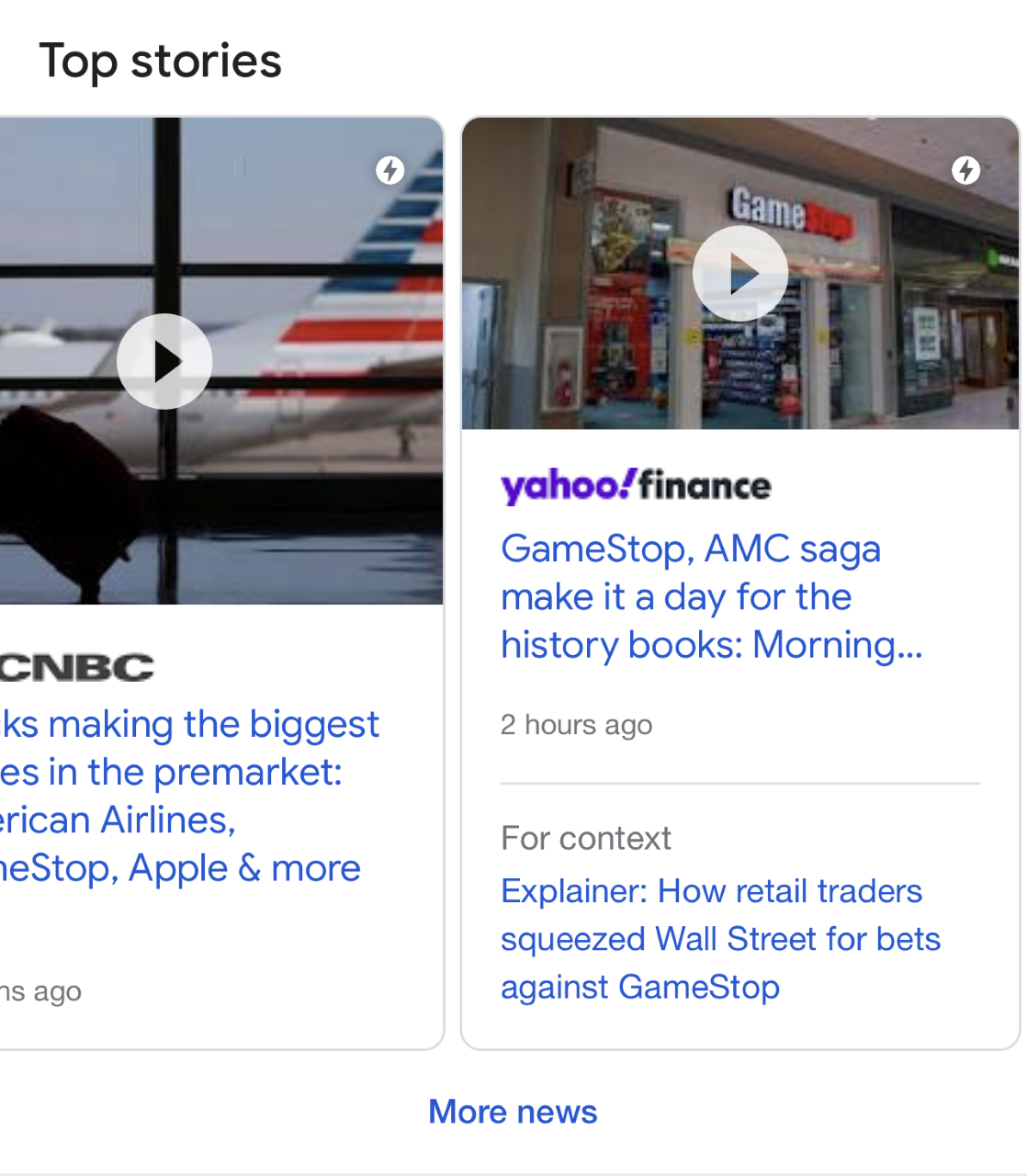